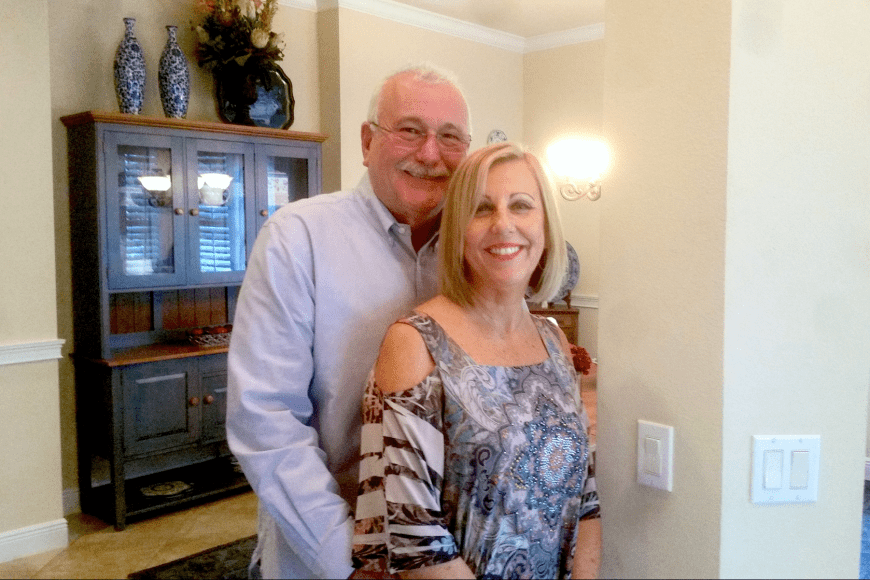 Around the time Tom Murray got drafted and sent to Vietnam, Donna Murray was only just discovering she was a tomboy.

“Being a woman wasn’t a good thing in my family,” she says.

That’s why she wanted to be a sportswriter — that was sure to show her father and brothers she wasn’t tough. But her passion wasn’t sports, she realized; it was competition.

Tom was different. Getting sent to war woke him up. He calls it “the best thing that ever happened to me.”

“There was nobody successful in my family,” he says. “I looked at them and didn’t want to be them.”

Instead, he became an air traffic controller in New York. And after being fired by President Ronald Reagan during a union strike, he got into the car business. That’s where, in 1985, he met Donna.

When they finally teamed up in 1993, their business thrived. They partnered with 240 dealerships across the country. She would travel. He would work at the shop. That was until 9/11.

After the attacks, the industry collapsed and a stipulation of Donna’s divorce made her move to Florida in order to maintain custody of the kids.

This meant Tom was moving, too. But neither of them were happy about it. Especially Tom.

“Coming down here to retire is one thing, but— ”

“OK, get to the good stuff!” he jokingly prods her along. “We’re not getting paid by the hour here.”

Donna rolls her eyes. He laughs and shakes his head. She keeps going, unfazed.

Murray & Murray also won a 2013 Standing O for Best Homebased Business and another in 2014 for Technical Services.
Donna Murray volunteers for the United Way and is a key player in the annual Chicks with Cans food drive.
“Insurance is never in the dumps,” she says. “I ended up loving it. I had no idea. It was, like, God-sent.”

Donna’s still competitive, but she’s not a tomboy. She laughs loudly and makes herself cry talking about clients who died recently. She’s the type that stops herself mid-story to put a hand on your arm for a beat when she remembers a really good nugget you just have to hear.

“My father always wanted people to like him,” she says. “For my father, to a fault.”

Tom got licensed soon after, in 2002, and eventually their home office in Palm Coast was crowded with stacks of insurance paperwork. They didn’t know a soul in Florida. But neither can sit still for long. They started buying leads, cold-calling, racking up 40,000-50,000 miles a year on their cars to meet clients across the state.

Her first year, Donna earned more than $1 million in revenue.

Today, Murray & Murray is diversified in eight states. They use webcams and conference calls as their primary meeting tools. And no more stacks of paper. They’ve gone all digital.

This year, Donna earned more than $1 million in revenue in just a 21-day span.

“It made everything good.” Tom agrees. “Owning our own business was a really challenging, rewarding situation that I never— ”

“Oh, one more story!” Donna cuts in. But then she needs to go. She needs to call a client.

Tom laughs that knowing laugh. Grins and lifts his eyebrows.