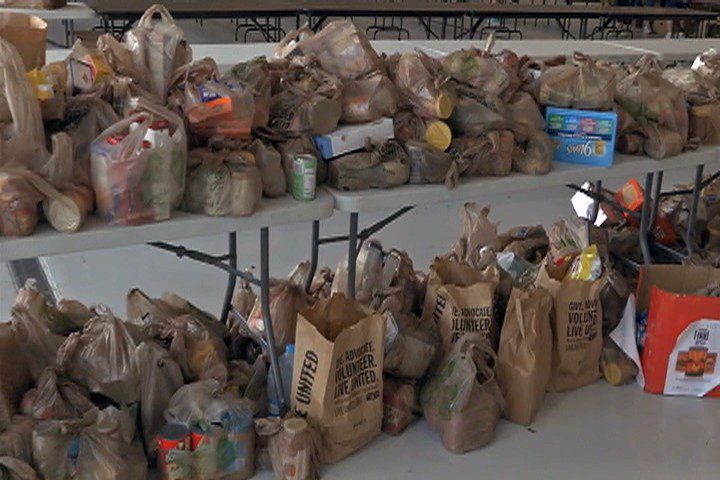 FLAGLER COUNTY —
Team Feed Flagler, a public-private partnership designed to provide a community meal and box of food to those in need, was spread out among nearly a dozen sites across the county in years past.
Born out of the struggles of the Great Recession and rising unemployment, it blossomed.

In its fifth year, organizers are focusing on the county’s families who need the help the most.

“We said that focusing on the families would be more effective and hit the right folks,” he said.

While community-wide meals will still be served on both Nov. 27 and 28, there will be just a couple of sites.

This allows more of the donations and volunteer energy to go into preparing boxes of food collected through donations over the last couple of month.

In five years, the event has grown to provide more than just a meal for those in need.

The first major donation to roll in Wednesday morning came from the Women’s Initiative Flagler.

They call themselves “Chicks with Cans” and have consistently brought in the most food each year, totaling about 60,000 pounds over the five years.

They also raise money, which is then used to buy food from Second Harvest Food Bank.

Donna Murray, the president of the group, said they’re ready to start collecting for next year’s campaign.

“We have younger girls coming on board to help us. That’s what we need. And we have more and more women that are available to help now that want to get involved and we love that,” she said.
Mayer said groups like theirs make the huge project successful each year.

“It’s a nice feeling to see this kind of support and the volunteers come out and support this event. We’re really happy to see this.”
Leftover food, after all 500 boxes are packed, stays in the county.
It will go straight to the two major food banks, which work year-round to put food on tables and deal with emptying shelves around this time each year.