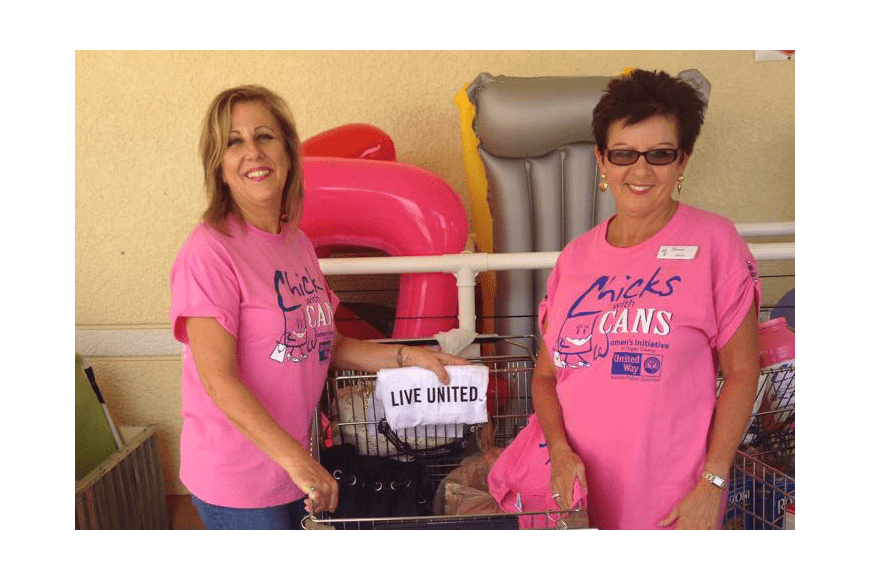 Over the past four years, Chicks with Cans has become a staple in the Flagler County community. The illustration of a non-perishable canned good clad in high heels, a purse, long eyelashes and lipstick has become and symbol of a community coming together.

For the past two weekends, Flagler County United Way Woman’s Initiative volunteers stood outside county Publix stores wearing their pink shirts and the response from residents was overwhelming.

“We had some people that didn’t bring us a bag of food, but gave us carts of food,” said Donna Murray, chairwoman for the Flagler County United Way Woman’s Initiative.

Murray recalled families coming up to her with a cart of groceries, taking out a bag, and instead of giving her the bag, giving the cart instead and saying, “last year, you fed us, thank you.”

“It’s the most giving community I’ve ever came across,” Murray said. “They understand the need and they came to the rescue. They did it, they are the heroes of Flagler County.”

Monetary donations totaling $2,800 were also collected and will be used to buy food from Second Harvest Food Bank of Central Florida to donate to Feed Flagler in the fall.

But Murray said the drive would not have been a success without the generosity of business owners like Kim Carney at Eagles Nest Storage, who allowed the group to store food collected.

“She always is sure she has a storage unit for us,” Murray said. “Store owners like that, they have to be recognized.”