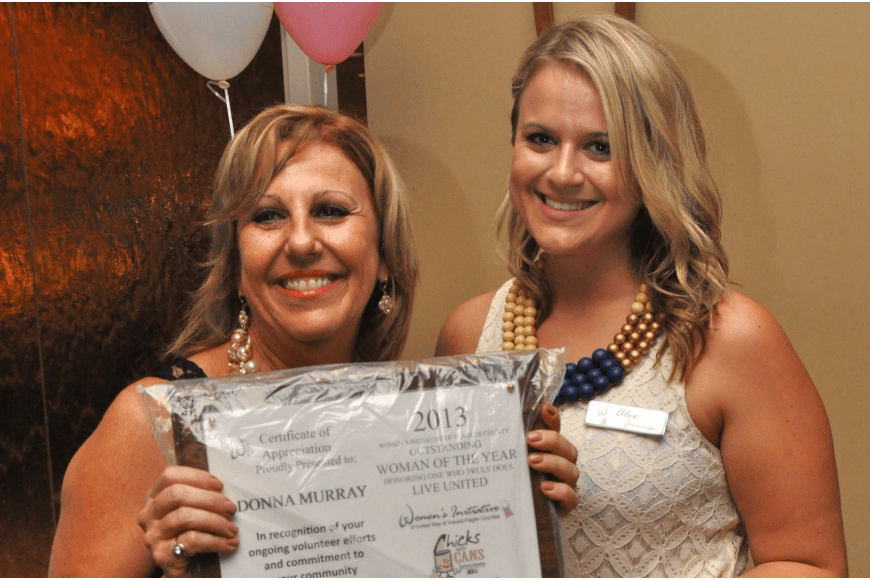 The United Way Women’s Initiative Flagler Power of the Purse boasted a sold-out crowd Wednesday night and raised $9,000 through silent auction items, plus and another $1,500 through a live auction for an African Safari donated by Gerling Travel.

The Woman’s Initiative was founded in 2009 and in 2012 donated about $20,000 to spread between 11 local projects. While the evening was about raising funds to support those programs, it also recognized women who go above and beyond service.

The President’s Volunteer Service Awards was presented to Jamie Brown, and Donna Murray was named the United Way Women’s Initiative Flagler’s Woman of the Year. In addition to her involvement as the president of the Woman’s Initiative Flagler, Murray is involved in Chicks with Cans, the S.T.U.F.F. Bus, the Grand Haven Women’s Club, the Hammock Women’s Club, the Flagler Humane Society and is president of the City Repertory Theatre.

“Without certain people, I could not have done this,” Murray said as she stood at the podium on the brink of tears. “It’s amazing just to know where we started from and where we are now. We have pulled together these ideas, and now we’re known throughout the community.”